Depression? It Could Be Brain Allergies In 2013, the health ‘snapshot’ of the 33 OECD (Organisation for Economic Co-operation and Development) nations revealed that Australia is now the second-highest prescriber of anti-depressant medications.

Australian use of anti-depressants has doubled over the last decade between 2000 and 2011, coming in second to Iceland. 89 Australians in every 1,000 are now prescribed some form of daily anti-depressant, but 10 years ago the rate was closer to 45.

Much of it is put down to stress and old age causing us to become resigned to this impoverished state of functioning. That is the deception; there is much that you can do about the quality of your moods and mental functioning. What we are referring to is a chemical imbalance caused by brain allergies that upset the neurochemicals in the brain influencing behaviour.

The most common symptoms experienced by brain allergy sufferers are depression and brain fag. Many well-respected studies have also revealed that schizophrenia may be an allergy-related illness.

Action: What are the foods that you crave and/or eat a lot of? Write them down. How is your mental energy and focus 30mins after eating?

What are the key signs of a food that you are sensitive or allergic to?

a. cravings of specific foods
b. large and frequent consumption of specific foods especially in times of stress
c. food that induces a marked state of wellbeing or highness which you come to depend upon followed by a slump in mood and energy.

The cruel thing about allergens is that they are often the very foods, drinks etc., that we crave, they create ‘allergy addiction’ which is where a person feels good when they eat their allergens as a result of the body releasing endorphins and opiates. These natural ‘uppers’ and pain relief are released as a sign of stress on the system because food sensitivities and allergens are stressful on our bodies. When a sensitive or allergic person goes without their fix they often feel unwell because they haven’t got their fix of endorphins, so it is not the food itself that addicts the person rather the release of feel-good endorphins.

Hidden allergies may lead to prolonged periods of brain irritation and, with this, to periods of uncontrollable excitement, anger, thought dissociation and all kinds of mental abnormalities.

The exact biochemical pathways that mediate the effect of food on brain cells are still a subject of controversy among scientists. However, scientists agree on these things:

1. Allergies can target the brain cells as readily as the skin, nose, joint and bronchial cells of the body.

2. When we experience allergies or sensitivities to foods and drink, we trigger the immune system and it releases various internal biological warfare including histamine. Histamine triggers swelling, heat, and irritation. The consequence of this is that inflamed tissues anywhere in the body always function abnormally and unpredictably. The flow of oxygen, nutrition and water into the brain cells slows down. Waste removal out of the cell is slowed down. It is also a fast nutrient burning activity so it chews through vitamins and minerals quickly – the sum total of this slowing down of function yet high usage of nutrients means that the brain cells get tired very quickly.

Linda came to see me about persistent low-grade depression coupled with phases of excessive sleeping or insomnia. She was a long-standing client with whom we had incorporated other brain supporting strategies as written about in my “Brain Fit” post. Each strategy had helped somewhat but the anxious depression, excessive sleeping and insomnia persisted until we eliminated all grains from her diet. In a relatively short time frame, Linda became symptom free.

Sarah is a Senior Coach at Equilibrio and works with professionals, business owners and senior managers who are keen on experiencing the gratifying rewards of dove tailing their professional and personal lives. Sarah also works with stress related chronic ill health.

People from all walks of life engage Equilibrio’s personal life and well-being services. Our youngest client has been aged 10, and our oldest has been aged 82. We work with individuals, couples, parents and families.
READ MORE 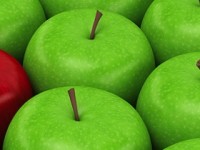